Westdale Avenue is one of Eagle Rock’s shorter streets, only about a quarter of a mile long according to Google Maps. The street is bisected by Eagle Rock Boulevard, cut into two distinctive sections. 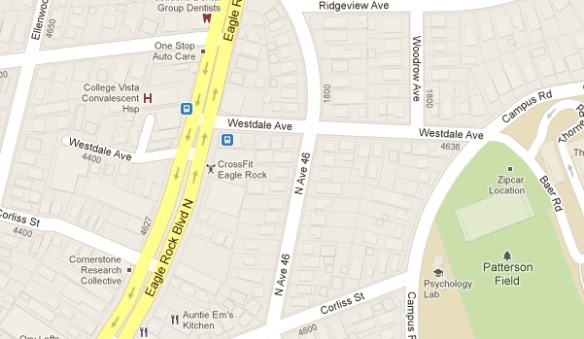 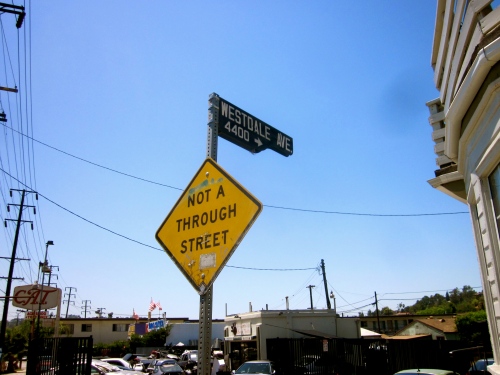 Westdale Avenue, “Not A Through Street” 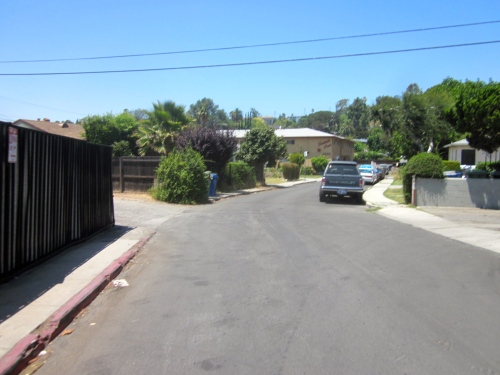 Immediately off of Eagle Rock Boulevard the street seems fairly typical– narrow sidewalks, single family homes and a small apartment are visible. As one approaches the end of the street, the sidewalks terminate, which is a little unusual for streets in the flat, non-hillside parts of Eagle Rock. The sidewalk probably ends though because technically beyond that point land is private property, according to ZIMAS (Zone Information and Map Access System). 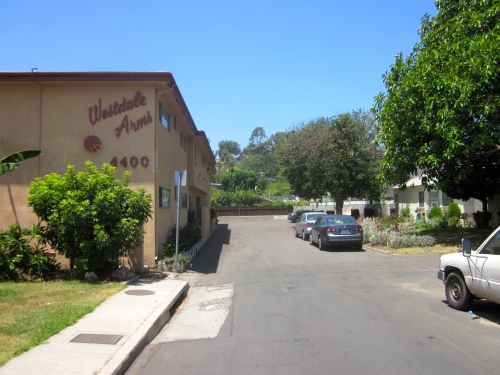 End of the sidewalk

Continuing, one is suddenly in a parking lot and there ends the street rather unceremoniously. 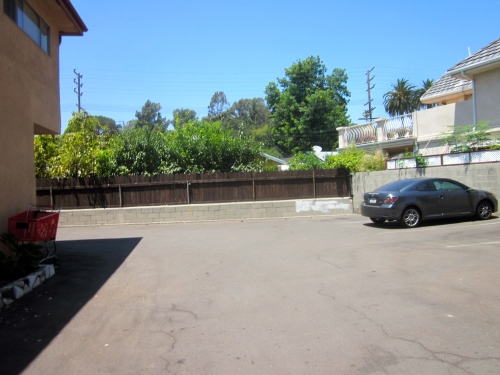 However, looking at this “Not Through” street, visible is a navigable walkway in the corner of the parking lot. 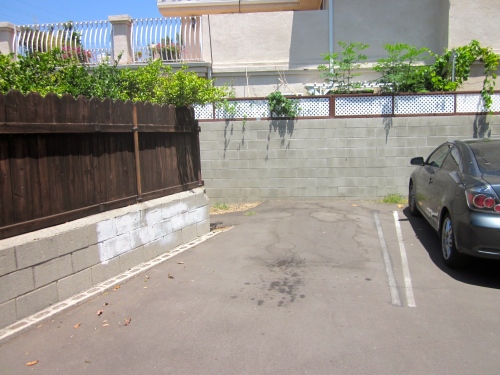 Center left, the asphalt continues along a narrow path 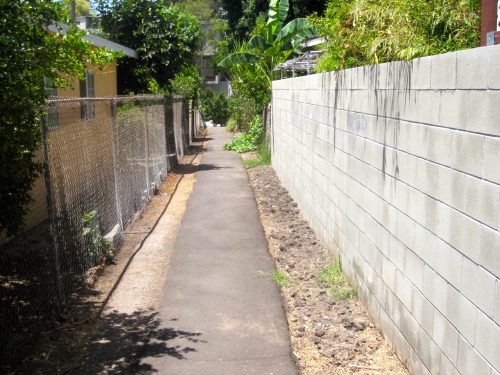 A look down the paved path

And at the end of the path is Ellenwood Drive! 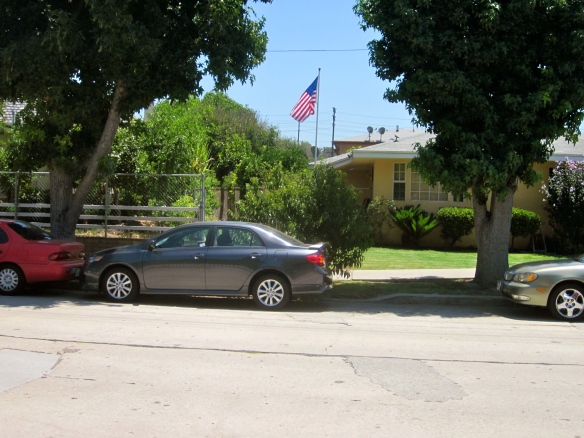 Looking east on Ellenwood Drive, behind the car and the bush is the narrow path that connects to Westdale Avenue

Upon closer inspection, one can see a cut in the curb adjacent to the narrow path as though perhaps at one point Westdale Avenue was a through street or there was an alley connecting it to Ellenwood Drive. 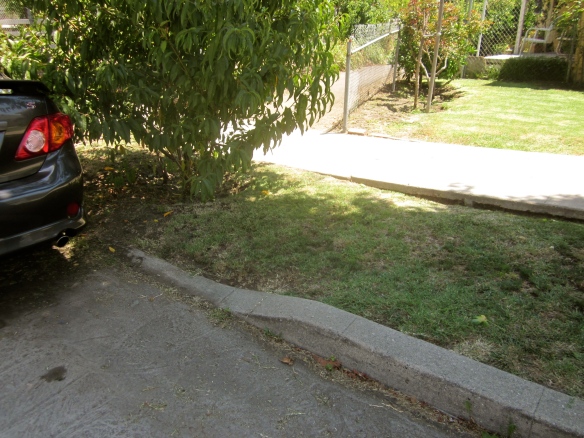 However, according to ZIMAS the path is informal. Unlike similar paths found along Delevan Drive or the Delrosa Walk, this walkway is not recognized as navigable– not a real street, alley, or walkway. A 1930 sanborn map of the area also shows no navigable path. In the 1930 map the configuration back then is almost identical to today: Westdale Avenue ends at the same spot and the location of the path is on land recognized solely as private property.

Without further investigation, this narrow path remains a bit of a mystery.