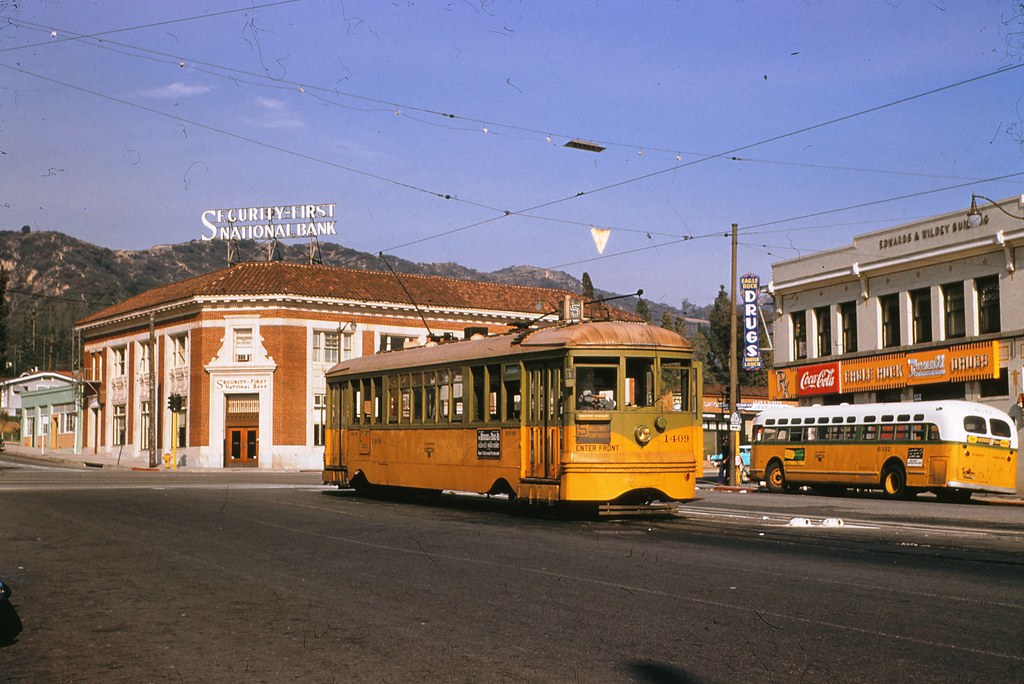 The iconic yellow car at the intersection of Eagle Rock Boulevard and Colorado Boulevard. Photo via: Metro Library and Archive

How often do we hear residents say, after looking at old photos of the neighborhood, “They really ought to bring back streetcars to Eagle Rock!”

Yes, we do have bus lines, but they tend to be slow and get stuck in traffic caused by too many cars on the road. Unlike the buses of today, the streetcars we fondly look back upon operated in a dedicated right-of-way. In other words, by having their own lanes, the trolleys of yester-year were separated from car traffic and were less likely to get stuck in traffic. So while our yearning for rail stems partially from nostalgia, it also comes from an understanding that public transit works best when it has quality dedicated infrastructure. 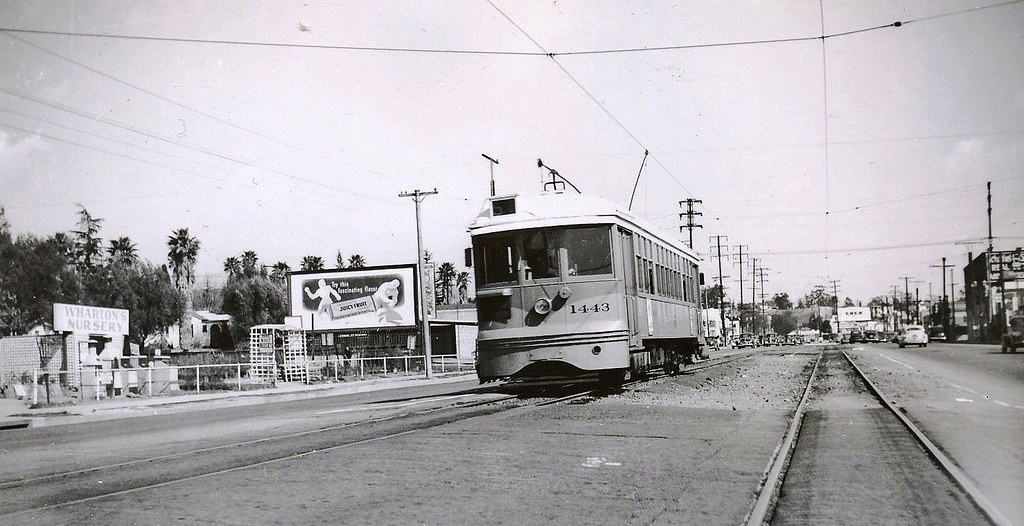 A westbound yellow-car running down the center of Colorado Boulevard. Photo via: Metro Library and Archive

But surely the idea of restoring a system of dedicated transit lanes and correcting one of the greatest mistakes in Los Angeles transportation is nothing more than a dream, right? Wrong!

In November 2016, Los Angeles voters overwhelmingly voted in favor of Measure M, a half cent sales tax to help expand and improve public transit countywide. Among the projects included in the Measure M plan is a Bus Rapid Transit line connecting the Red Line subway in North Hollywood to the Gold Line light rail in Pasadena. Not only will this line go through Eagle Rock, the first public meeting about this project will take place 5pm-6:30pm this Wednesday, January 25, at Metro HQ’s Henry Huntington Conference Room (3rd Floor). If necessary environmental review and documentation proceed as planned, the project could break ground as soon as 2020.

Bus Rapid Transit, or BRT for short, typically borrows elements from both rail service and regular bus service. It takes this pragmatic approach to reduce costs while providing an attractive rail-like service. Some local examples include the Metro Orange Line (which operates completely in a dedicated right-of-way) and the Metro Silver Line (which operates in a dedicated right-of-way where there is space but also has portions operating in mixed traffic lanes– sort of like the old trolley lines).

So will the collective dream of so many Eagle Rockers to restore quality transit to the neighborhood soon come true? Well, it’s not that simple, unfortunately. A specific route for the BRT-line has yet to be determined and while all potential routes will certainly go through Eagle Rock, some routes being considered actually will not serve the neighborhood at all. How is this possible?

The blue line depicts a possible bus line connecting North Hollywood and Pasadena. If implemented as shown in this map (along the 134 Freeway), there would not be any access through Eagle Rock. Image via: Metro

Metro is very seriously considering (and some speculation say favoring) a route that would have the BRT-line run along the 134 Freeway through Eagle Rock. Due to the lack of access points to the freeway through the neighborhood, a route operating along the 134 would not features any stops in Eagle Rock and squash any hope of bringing back what we once had decades ago. An alternative to the 134 routing would be to have the service run along Colorado Boulevard. A Colorado Boulevard route, by contrast, could provide at least a couple stops in the neighborhood and enhance our access to public transit.

Have you ever wanted to go to Pasadena for dinner without the hassle of parking? Or catch a flight at the Burbank Airport without coordinating with someone to drop you off (or pick you up when you return)? Maybe you just want to go to the Eagle Rock Plaza without needing to wait 20 minutes for the local 180 bus. Such trips, and many more, will be made vastly more convenient and possible if Metro’s proposed BRT-line operates along Colorado Boulevard. The long-term vision for this BRT-line, by the way, is to eventually upgrade it to light rail!

If you are unable to attend this meeting but would nonetheless like to voice your support, consider sending this sample email:

I understand Metro is considering a BRT line to connect North Hollywood and Pasadena. I support any route that would serve the Eagle Rock community by operating the BRT along Colorado Boulevard. I oppose a route that would operate the line along the 134 Freeway through Eagle Rock because it would effectively eliminate any practical way of Eagle Rock residents to conveniently access this new public transit resource.

This is not the first time Metro has faced the challenge of deciding between a street route or freeway route. In 2014, Mayor Eric Garcetti was asked in reference to the Gold Line Eastside Extension, whether he supported a street alignment along Washington Boulevard or a parallel freeway alignment. Garcetti responded “The ridership is stronger [along the street route].” I believe that a Colorado Boulevard route will likely produce higher ridership and offer greater potential long-term than operating BRT along the 134 Freeway.