March saw a couple improvements to the NELA area as plans in nearby San Gabriel Valley forged ahead. It was a busy month so let’s get to it! 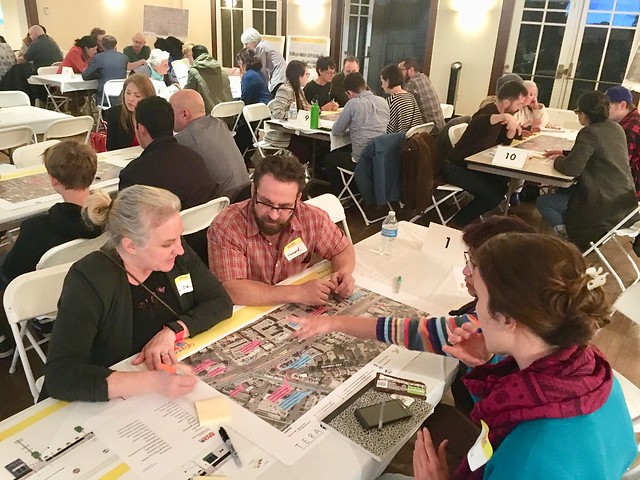 On March 20th, the Eagle Rock community and nearby stakeholders came together for the second Rock The Boulevard (RTB) meeting. This meeting focused on identifying opportunities and challenges of the boulevard. Elements such as street width, speeding, and confusing intersections were called out as challenges, but also opportunities for change. As with the first meeting, there was broad consensus that a wide variety of solutions can and should be implemented to transform the boulevard to a more people-friendly street. Check twitter for the hashtag #RockTheBlvd to see latest tweets about the future of Eagle Rock Boulevard. The RTB team is also seeking input via an online survey, please go ahead and take the 1 minute survey to share your experiences with the street.

The third and most exciting Rock The Boulevard meeting will take place on April 26th. Mark you calendar and reserve this day. If you only attend one meeting in the Rock the Boulevard series, you will want this to be it– a hands-on workshop where YOU tell the RTB steering committee what you would like to see and where. Do we need a mid-block crosswalk somewhere? Protected bike lanes? Fewer lanes of traffic? Pedestrian plazas? More details about the meeting and the future of Eagle Rock Boulevard will be provided on this site in the coming weeks. 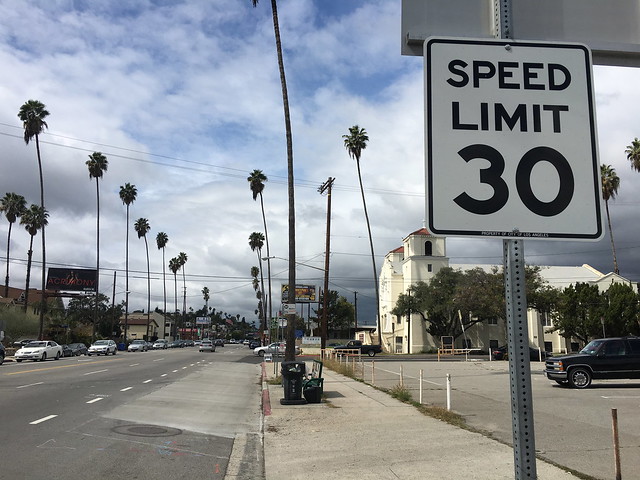 New 30MPH speed limit signs started appearing on the 2.5 mile stretch of York Boulevard between Eagle Rock Boulevard and San Pascual Avenue. Prior to March, the street was signed with a posted speed limit of 35MPH. The reduction was the result of a new speed survey, indicating that the majority of drivers already travel at about 30MPH. Fletcher Drive north of San Fernando Road received the same treatment in March as well. 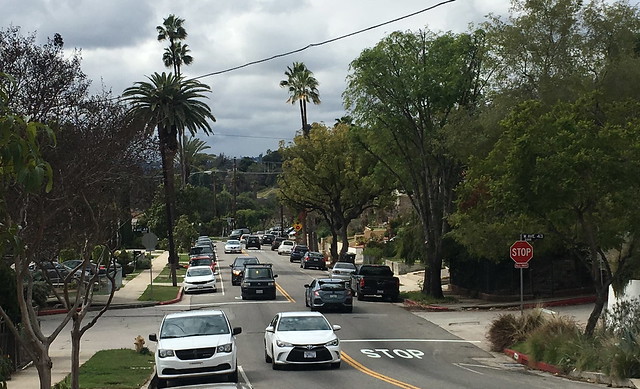 York Boulevard between Eagle Rock Boulevard and San Pascual gets a lot of attention because it is a major commercial corridor. However, west of Eagle Rock Boulevard the street is much narrower and mainly residential so it flies under the radar. However, the residential stretch of York is routinely used by cut-through traffic that really should be on parallel Eagle Rock Boulevard. Residents  have long asked for traffic calming measures and the City has slowly delivered. A few years ago a new 4-way stop appeared at York Boulevard and Ellenwood Drive. This month a new 4-way stop appeared at York Boulevard and Avenue 43. One resident gardening in their front yard the day after the signs were installed said that the neighbors had asked for a 4-way stop three years ago and been denied by the Department of Transportation. After the City first denied a 4-way stop, his neighbor’s fence was crashed into three times in a single year. Great to see the Department revisiting some old requests for stop signs. How about we revisit Avenue 51 and Rangeview?

The Eastsider LA reports that a traffic signal has been approved for the intersection of Avenue 26 and Homboldt Street. It’s an open secret that Homboldt Street is used as part of an informal bicycle route between NELA and Downtown LA but crossing Avenue 26 has always been tricky as traffic moves very quickly on it. The new signal will make the crossing safer.

Construction of Car-Free LA River Bridge To Begin in April

CurbedLA reports a new bridge crossing the LA River and connecting to the LA River’s bike path will begin construction in April! Project is expected to be completed by the end of 2019.

Council District 14 hosted a meeting to inform the Boyle Heights community about a proposed roundabout at the intersection of Mission Road and Jesse Street, and to hear some initial feedback.

Assistant Director of the City’s Bureau of Street Services tweeted that bike lanes on Sunset Boulevard were getting repaved in Council District 13. Meanwhile, BikingInLA shared that Griffith Park Boulevard, notorious for all the bumps and cracks in its bike lanes, is receiving fresh concrete to smooth things out.

Livability in San Gabriel Valley and Beyond